New York Utilities Get the Green Light to Invest $700 Million 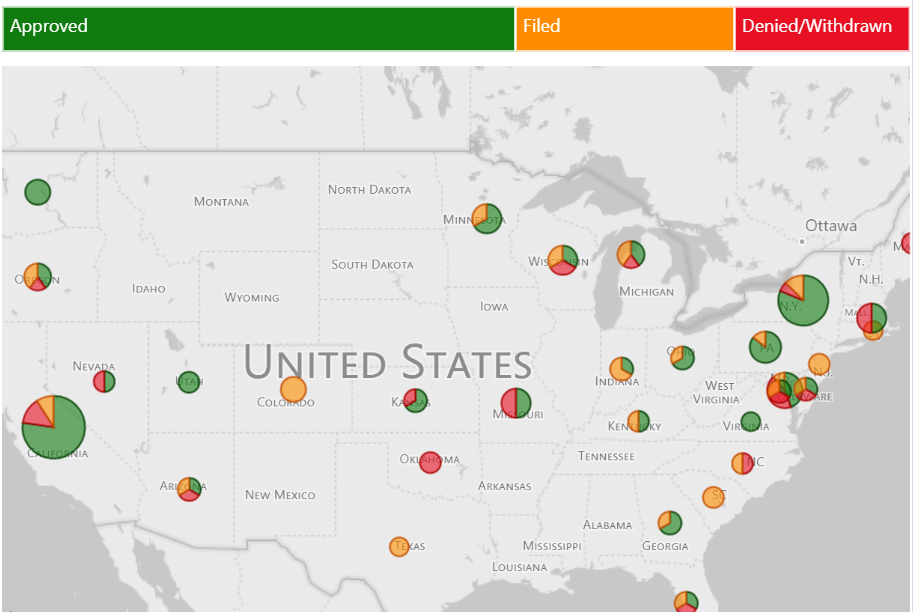 New York continues to show leadership in transportation electrification with a new order from the Public Service Commission issued on July 16th requiring six of the state’s largest utilities to invest in EV programs. The order approved more than $600 million for make-ready investment to support the expansion of the Empire state’s passenger vehicle charging network, which is already the nation’s second and fourth largest (tied with Washington) Level 2 and DC fast charging networks, respectively. This order could bring an additional 53,000 Level 2 and 1,500 DC fast charging stations to the state by 2025, a massive increase over the current levels of more than 4,000 Level 2 and 600 DC fast charging ports.

Utilities, including Consolidated Edison, Niagara Mohawk (National Grid), Central Hudson Gas and Electric, Orange and Rockland Utilities, Rochester Gas and Electric, and New York State Electric and Gas are directed to implement programs subject to budgets set forth in the Commission’s order. If their proposals reach the maximum allowable investment cap, this decision would lead to an investment of over $700 million, representing an almost nine-fold increase over the state’s previously approved utility investment, which was just over $80 million. Even before the make-ready program was approved, New York accounted for the second-highest utility investment in the country behind California. Combined, the two states claim a commanding 85 percent of the nation’s total approved utility investment with a 60/40 split favoring California.

Transportation equity is a core focus of this order and at least 20 percent of the make-ready investment is required to be located in underserved communities. This potentially $120 million carve-out significantly expands the $345 million utilities across the country currently have allocated for these communities.

In addition to make-ready support, the Public Service Commission ordered $85 million in funding for competitive grant programs administered by the New York State Energy and Research Development Authority (NYSERDA) where each utility will have an opportunity to advance electrification projects targeting environmental justice for low-income communities of color. Eligible projects include rideshare and carshare programs as well as ways to provide zero emission transportation services to vulnerable groups.

The order also directs utilities to ramp up investment in electrification of the medium- and heavy-duty sector, whose emissions disproportionately burden underserved communities. At least $15 million is set aside for medium- and heavy-duty vehicle charging. This supports the state’s efforts to accelerate bus and truck electrification, encapsulated in the recent signing of the ZEV truck MOU. New York was one of 15 signatory states committing to achieving 100 percent zero emission truck sales by 2050. New York is also one of just four states including California, Washington, and Colorado with active dedicated programs separate from the VW settlement offering incentives for ZEV trucks.

New York and California are likely to retain their utility investment leadership with a proposal released on July 27th to approve Southern California Edison’s Charge Ready 2 program. Although the initial proposed budget of $650 million was reduced to $411 million, Charge Ready 2 could add more than 22,000 charging ports in California. Beyond utility investment, the states also have a combined $516 million remaining from their VW Settlement allocations. Overall, 80 percent of settlement funds remain unspent and you can see what agencies and utilities are doing to support EVs in our most recent data story.