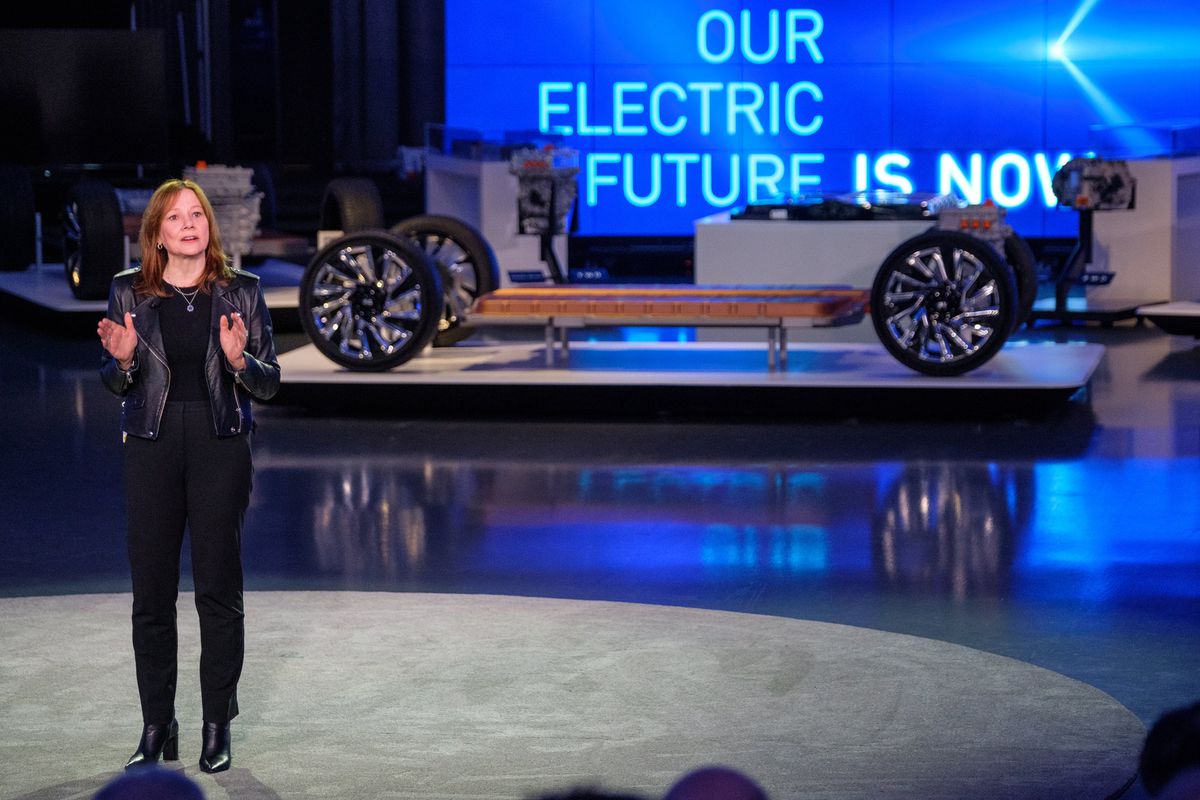 GM shot from third to first in terms of commitment to transportation electrification from automakers in the United States after revealing their new EV strategy last week. On March 4, 2020, the automaker pledged $20 billion to company-wide electrification through 2025 with 20 new EV models expected by the end of 2023. This more than doubles earlier commitments to invest $8 billion in transportation electrification and gives GM the edge on Ford, which has committed more than $10.5 billion. While GM now leads American autos in terms of publicly announced investments, Tesla can claim more than half of yearly EV sales.

Automakers and charging service providers are betting heavily on a growing global EV market and have pledged more than $374 billion to electrify the auto industry over the next 10 years. More than 85 percent of this is expected to fall outside of the United States with China and Germany accounting for the lion’s share of investment.

Of the $53.5 billion planned to finance EV and EV charging production in the United States, American companies account for roughly 78 percent. These companies are also pledging a total of $53 billion in global transportation electrification investment, at least 34 percent of which falls in foreign countries. GM has not indicated how much of their EV investment is destined for foreign markets, and their new announcement would increase the value of domestic investment from American companies by 40 percent if it all falls in the United States.

GM’s announcement comes as the company is facing pressure from electrification advocates for working closely with the Trump administration on emissions regulations. They are not alone and have been joined by Fiat-Chrysler and Toyota in support of the administration’s regulatory rollback. Conversely, Ford has joined Volkswagen, BMW, and Honda in support of California’s efforts to maintain tougher standards. Tesla leads a separate group of manufacturers which have aligned in support of California’s actions.

Divisions in the regulatory landscape could complicate the rollout of electrification strategies and deepen inequalities in regional EV markets. A mixed market does not send strong signals to investors on Wall Street or foreign companies like Volkswagen and Daimler who have committed to investing in EV battery production facilities in the United States. Before the coronavirus-induced market crash, Tesla shocked investors as stock prices soared more than 114 percent in the first several weeks of 2020. GM’s stock prices increased by only 3.3 percent following their new EV commitment, providing some evidence that investors are still uncertain how the move to an electric future will affect the company’s bottom line.

It is still to be seen whether U.S. EV sales can recover in 2020 following the nine percent annual decline in 2019. GM’s new EV strategy prioritizes delivering their flagship all-electric pickup outlined in a $3 billion investment commitment announced in January. GM will face tough competition as an armada of automakers big and small are vying for the top spots in the as of yet untapped electric pickup market. Early offerings are not expected to hit the market until 2021 and the size of this market is yet to be determined, even as Tesla has reported hundreds of thousands of preorders for its futuristic Cybertruck. As automakers have moved to quarterly EV sales reporting, market trends in 2020 remain unclear. Stay tuned as we update our National EV Sales Dashboard at the end of the month.