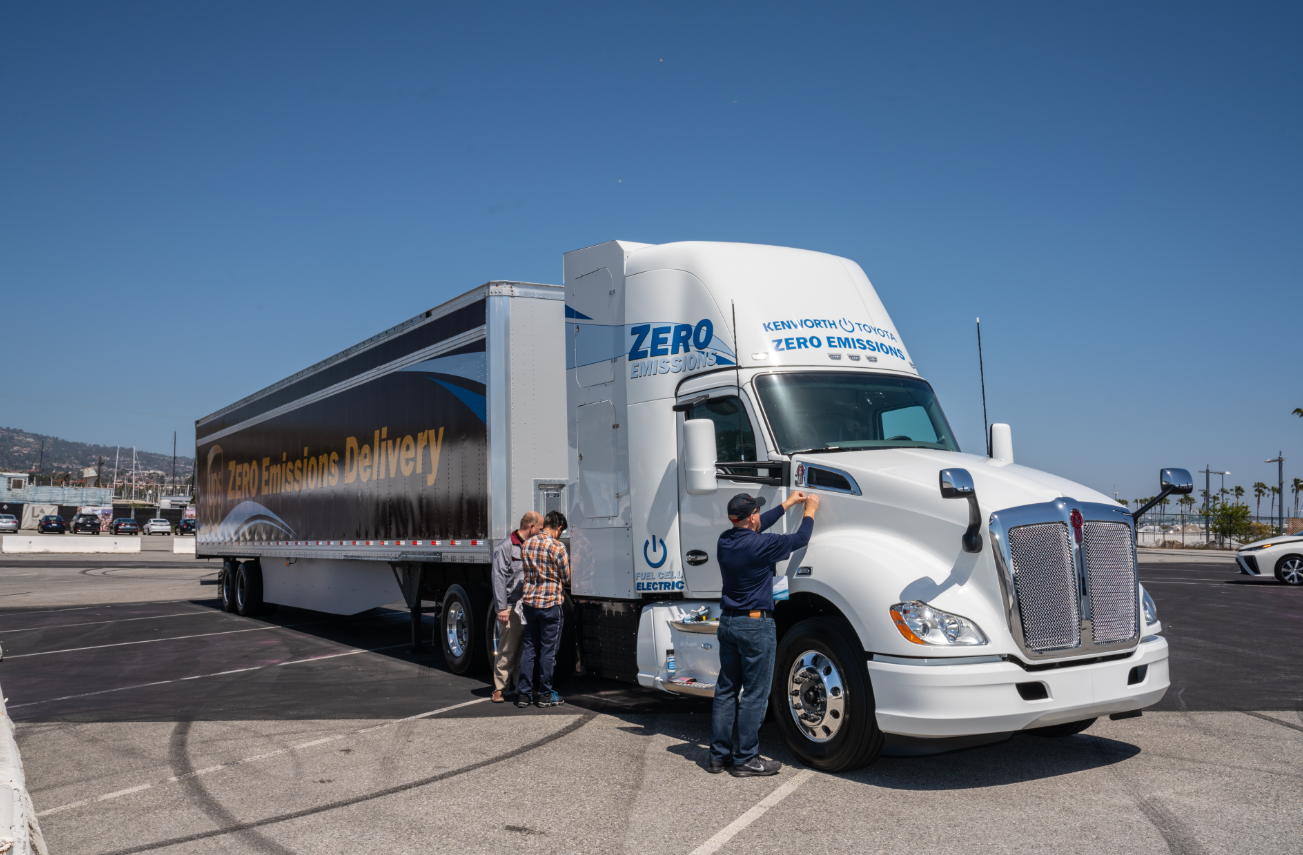 The Golden State continues to lead the nation in their pursuit of rapid transportation electrification. The California Air Resources Board (CARB) unanimously passed the Advanced Clean Trucks Rule on June 25th, the first-of-its-kind regulation requiring manufacturers to ramp up sales of electric vans and trucks. The rule begins in 2024 and sets a course to achieve 100 percent emissions-free medium- and heavy-duty vehicle sales in California by 2045.

Some vehicle types will be targeted for faster electrification and the approved rule is twice as aggressive as the initial proposal. Local delivery and drayage trucks are a priority for the state and 75 percent of Class 4-8 vehicles sold in California are required to be ZEV by 2035. Not all segments will be electrified as quickly, however; 40 percent of Class 7-8 long-haul freight truck sales must be zero emission over this timeline. In addition to establishing requirements for vehicle sales in the state, the rule also requires CARB to assess strategies to transition California’s truck fleet to ZEVs by 2045. The Natural Resources Defense Council (NRDC) estimates that the combined effect of the rule could lead ZEVs to account for 60 percent of all truck sales in California across all classes over the next 15 years.

The rule is expected to significantly reduce air pollution, as trucks are responsible for 70 percent of smog pollution in California despite making up less than seven percent of registered vehicles in the state. The impact of this pollution is not borne equally. Communities nearest to freeways, ports, and freight hubs are predominantly disadvantaged communities, defined by the combination of different economic, social, and environmental burdens tracked through CalEnviroScreen tool. These groups are disproportionately harmed by air pollution from truck emissions, making this rule particularly important in addressing the inequitable health impacts of the transportation sector. Vehicles operating in Black and Brown, low-income and vulnerable communities will be fast-tracked for electrification, a victory achieved with the help of advocacy groups representing these frontline communities and allies in the environmental justice space.

The Advanced Clean Trucks Rule is already backed up by a slew of electric utility programs which prioritize disadvantage communities, as well as state programs including the Hybrid and Zero-Emission Truck and Bus Voucher Incentive Project (HVIP). The HVIP program offers vouchers for the purchase of multiple types of electric vans, buses, and trucks and has awarded more than $320 million for medium- and heavy-duty ZEVs through May 2020. While the HVIP program is now oversubscribed and funding will not be available again until later this year, California utilities have been approved to invest almost $720 million in programs supporting electric trucks and buses.

With the new rule, California now has regulations mandating the electrification of all on-road vehicle segments. California’s policy leadership has created a gold rush for bus and truck electrification in the state, accounting for more than 98 percent of electric utility investment and 45 percent of public funding nationwide for electric buses and trucks. Policymakers in the state aren’t showing any signs of slowing down and the Heavy-Duty Omnibus and Clean Truck Fleets rules are the next regulations under consideration.

Looking ahead, other states may follow California’s lead as they have with the Advanced Clean Cars rule, the source of the ZEV program. Twelve states have adopted the California-based standards for passenger-vehicle electrification and three others are considering becoming ZEV states. Other ZEV states have already expressed interest in implementing regulations similar to the Advanced Clean Trucks rule and we will continue reporting on the adoption of these rules throughout the country as we upgrade the way we track bills under consideration and existing policies and regulations in our Laws & Regulations Dashboard in the coming weeks.