Analysis of Charging Use in New York Reveals Pathways to Profitability

Several state agencies, electric utilities, and other organizations in New York are working to accelerate transportation electrification throughout the state. In collaboration with the New York State Energy Research and Development Authority (NYSERDA), Atlas has published a new report assessing the business case for hosting Level 2 charging stations in New York. In addition to concluding that user fees and station use of at least one session per day are essential to cover costs, the report found that stations located at workplaces had the highest utilization and that public funding significantly increased station profitability.

Drawing on real-world charging use and cost data from 2013 through 2018, the report assessed scenarios that varied the revenue source and amount of charging use for stations at a range of locations to determine the impact of different characteristics on profitability. The analysis relied on data provided by NYSERDA’s initial Level 2 incentive program for 185 charging stations at 136 sites, more than 70 percent of which offered free charging to EV drivers. Only 38 percent of these stations were fully accessible to the public and the remainder were located at workplaces, parking garages, university campuses and other locations with more limited access. Charging station use grew 30 percent on average over the course of the study for stations of the same location type.

Electric utility funding is also a core component of New York’s transportation electrification efforts. To date, six New York electric utilities have been approved to invest nearly $43 million in programs supporting more than 1,070 DC fast charging stations. California, Massachusetts, and Maryland are the only states to have higher utility investment approval compared to New York and pending investment could bring in another $30 million if approved.

The report found that station profitability can be significantly increased when the additional time spent by EV drivers at retail locations while charging is considered. A majority of these station types saw profitability increase by more than 100 percent when accounting for the additional revenue EV drivers bring into retail locations that host charging stations. Station hosts in New York have a range of reasons to invest in the charging network as public and utility investment looks positioned to increase as the state expands its commitments to transportation electrification. 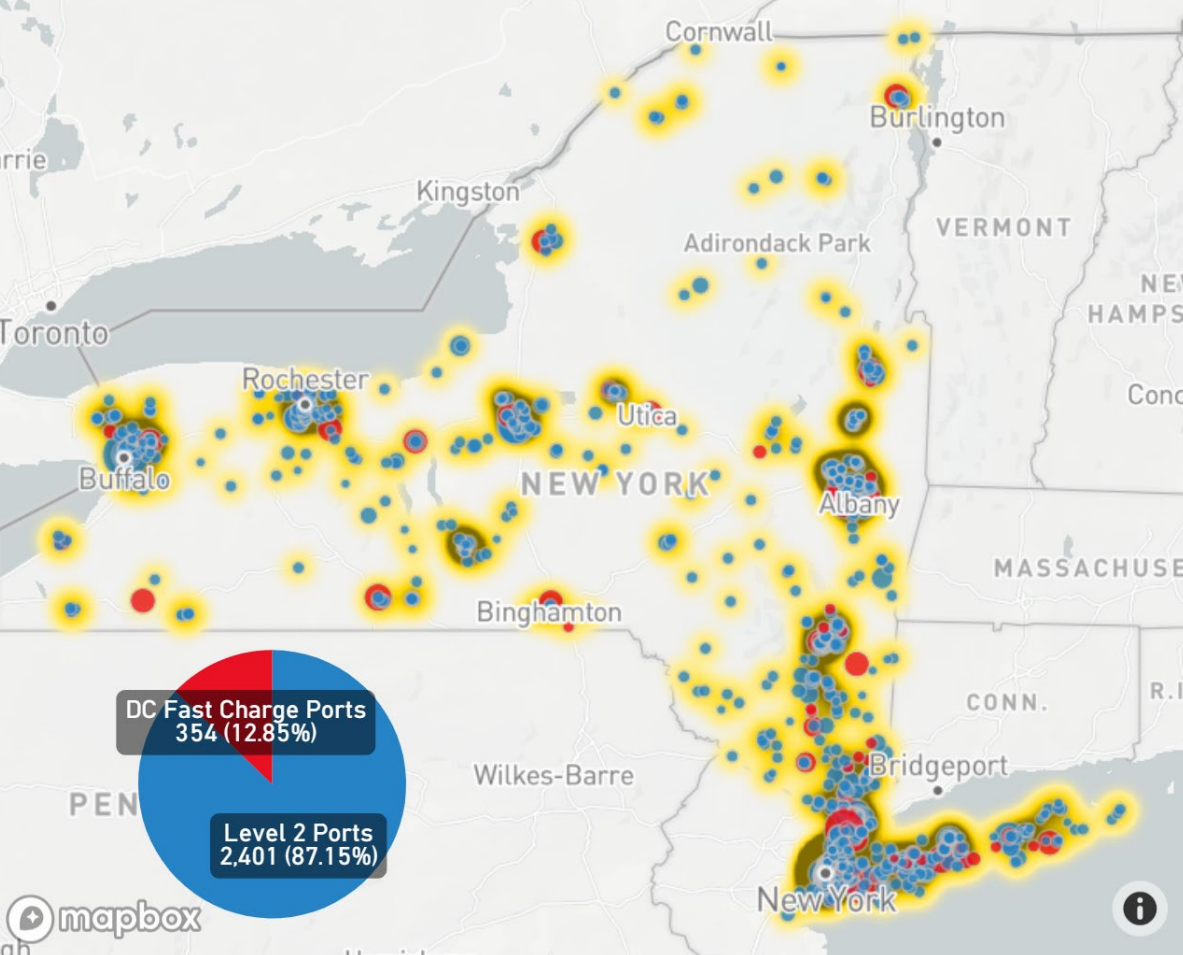