On October 21st, Mike Bloomberg named Pittsburgh, Philadelphia, Boston and Washington, DC as winners in the Bloomberg American Cities Climate Challenge. These four cities join six other cities – Atlanta, Los Angeles, Portland, San Diego, San Jose and Seattle – as the first half of the total twenty cities that will be named winners of the Climate Challenge.

The American Cities Climate Challenge is an initiative established by Mike Bloomberg to support the reduction of carbon pollution by making their buildings and transportation systems cleaner and more efficient. The former mayor of New York City has set aside $70 million for the program to be shared across all 20 cities. This initiative is part of the larger $200 million American Cities Initiative also created by Bloomberg. 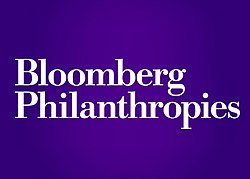