What can we learn from the 2009 Stimulus? 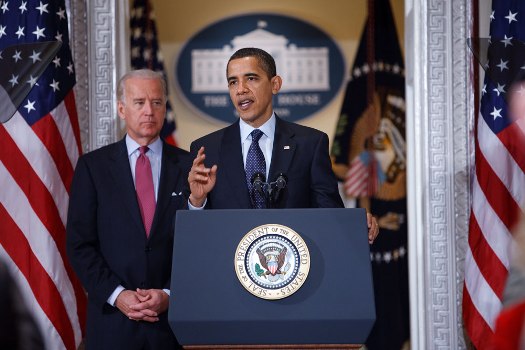 As we face down the prospect of a historical investment in transportation electrification in the INVEST in America bill, let’s take a moment to put this funding in some context.

Turn back the clock to 2009. In the face of the Global Financial Crisis, the Obama Administration passed the American Recovery and Reinvestment Act (ARRA) in their first month in office. The ARRA was ultimately worth $831 billion of which $700 million was allocated to “competitive, cost-share grants specifically directed towards clean transportation projects”.

Before we get into the ARRA weeds, I need to be honest with you dear reader: I don’t purport to have the lessons learned from ARRA but I do have some places to start looking.

Let’s look to Conner Smith, previously of Atlas, who broke down the funding in a 2020 Atlas report on public funding of electric vehicles. He wrote, “Roughly $300 million of this was administered by Clean Cities Coalitions for innovative clean transportation efforts for alternative fuels at the regional level and the remaining $400 million was split between five core transportation electrification projects overseen by the Idaho National Laboratory (INL). Between 2011 and 2013, the five projects overseen by INL deployed more than 17,000 Level 2 charging stations at both private residences and public locations and more than 100 DC fast charging stations across 22 regions of the United States.”

Smith noted that, “ARRA also contributed critical early funding to local governments through the Clean Cities projects that jumpstarted ambitious transportation electrification plans” – highlighting the success of Columbus, Ohio. Smith also points to the Alternative Fuel Vehicle Refueling Property Credit. The Credit “has awarded $537 million in tax credits for charging infrastructure through the end of 2017 when it expired… the U.S. Congress renewed the federal tax credit for charging infrastructure for one year in late 2019.” In addition, a Council of Economic Advisors Report notes that ARRA supported research on batteries with a $6.1 billion investment and “The EV Project”, an EV demonstration project supported by utilities, cities, and large auto manufacturers, with a grant of $115 million. The EV Project tracked drivers in 20 cities to understand EV use around the country.

Smith also captures the failures of the funding – and the risks inherent in large public investments, “After receiving almost $100 million in federal grants through the ARRA to build a nationwide charging network, ECOtality went bankrupt in 2013 and sold their assets to Car Charging Group. Car Charging Group faced many challenges bringing the network up to par and many of their stations sat idle, leading some stakeholders in the EV charging industry to express concerns around overstating charging station availability in some areas.” If the funding passes, it is almost sure that some initiatives will fail. In some instances, these failures can overshadow successes – as in the case of Solyndra.

A lesser-known EV ARRA story was that of ChargePoint. ChargePoint got $15 million in grant funding in the ARRA. A CEA Report found that this money enabled, “the deployment of over 4,600 electric vehicle charging stations.” The ports cost $3,300 each on average. The project was also part of “The EV Project” and provided critical data on charging and driving behavior.

There is much that we might learn from this recent ARRA history about the potential and the risks in large government investment, especially as we turn our attention towards the Infrastructure Investment and Jobs Act (referred to by some as INVEST). There is currently more than $30 billion in funding for transportation electrification in the bill – noting that much of that funding is shared between electric transportation and “alternative” fuels. We may see further funding in the reconciliation bill under development in the Senate.

Comparing numbers across ARRA and INVEST periods is messy, however. The year 2009 was a very different time for EVs. Take EV sales as a starting point: the CEA report noted, “sales of plug‐in electric drive vehicles eligible for the credit reached nearly 69,000 from 2012 to the end of 2015.” Now, in the most recent month on record, more than 66,000 EVs were sold around the country. The scale of funding needed to meet the market in 2009 was very different to the demands of the current market, and today’s EV market is more sophisticated and diverse, and is also much larger. The EV world is very different than it was in the ARRA era.

The challenge for policymakers is to imagine how federal investment might impact the landscape as we know it and grow companies that will one day reshape EV infrastructure. ARRA is helpful in illustrating what federal loans, grants, and investments can enable. ChargePoint is now one of the largest charging providers in the country, but is hardly the only one with more startups, more NYSE-listed companies, and the large automakers involved more directly than they were in 2009.

We have no way to know what the counterfactual would’ve been without the funding provided by the ARRA, but we can see through the growth in charging deployment and EV sales that we have come some way since 2009.