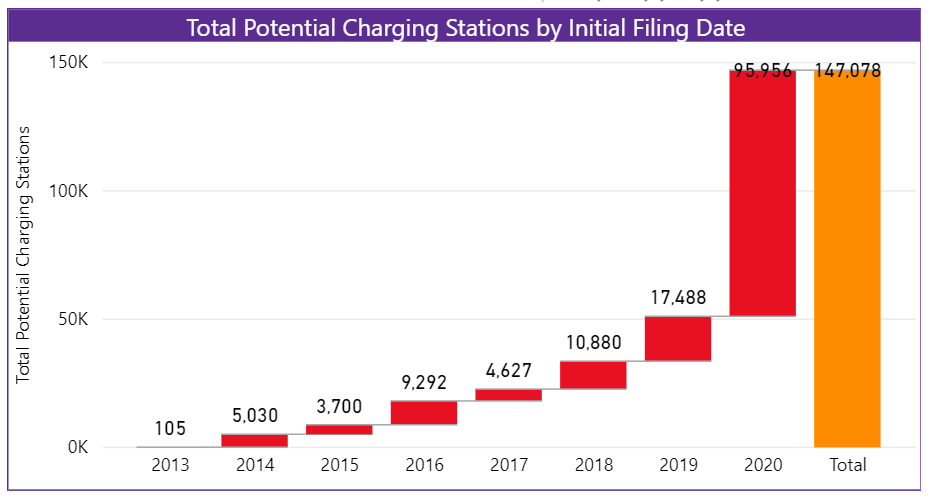 Electric Utilities in the Golden State are lengthening their lead over the rest of the field with a new approval for Southern California Edison announced on August 27th. The $436 million approval for the utility’s Charge Ready 2 program brings California utility EV investment to a total of $1.5 billion in approved programs supporting more than 60,000 Level 2 and more than 550 DC fast charging stations throughout the state.

With this decision, California’s share of the nation’s approved utility investment rises to 58 percent. New York is the second leading state in terms of utility engagement in transportation electrification with the approval of $701 million for EV charging make-ready investment across six utilities on July 16th. Together, the two states account for a combined 87 percent of all approved utility investment in the United States. These two programs set the stage for a massive rollout of charging stations in two of the nation’s leading EV markets. California and New York already claim 38 percent of the nation’s 91,750 charging ports with California accounting for the lion’s share with more than 30,000 charging ports.

These approvals account for 95 percent of the $1.2 billion in approved utility programs in 2020. With four months left in the year, the value of approved programs is already more than three times greater than the value of those approved in 2019 and more than 1.5 times greater than the value of those approved in 2018. Approvals logged in 2020 account for almost half of the all-time approvals for utility EV programs. With several multi-million-dollar programs still pending approval, 2020 is positioned to dwarf all previous years of utility investment and set a new normal for utility engagement in the EV industry. Stay tuned for our review of all filings from the first six months of the year in the coming weeks.