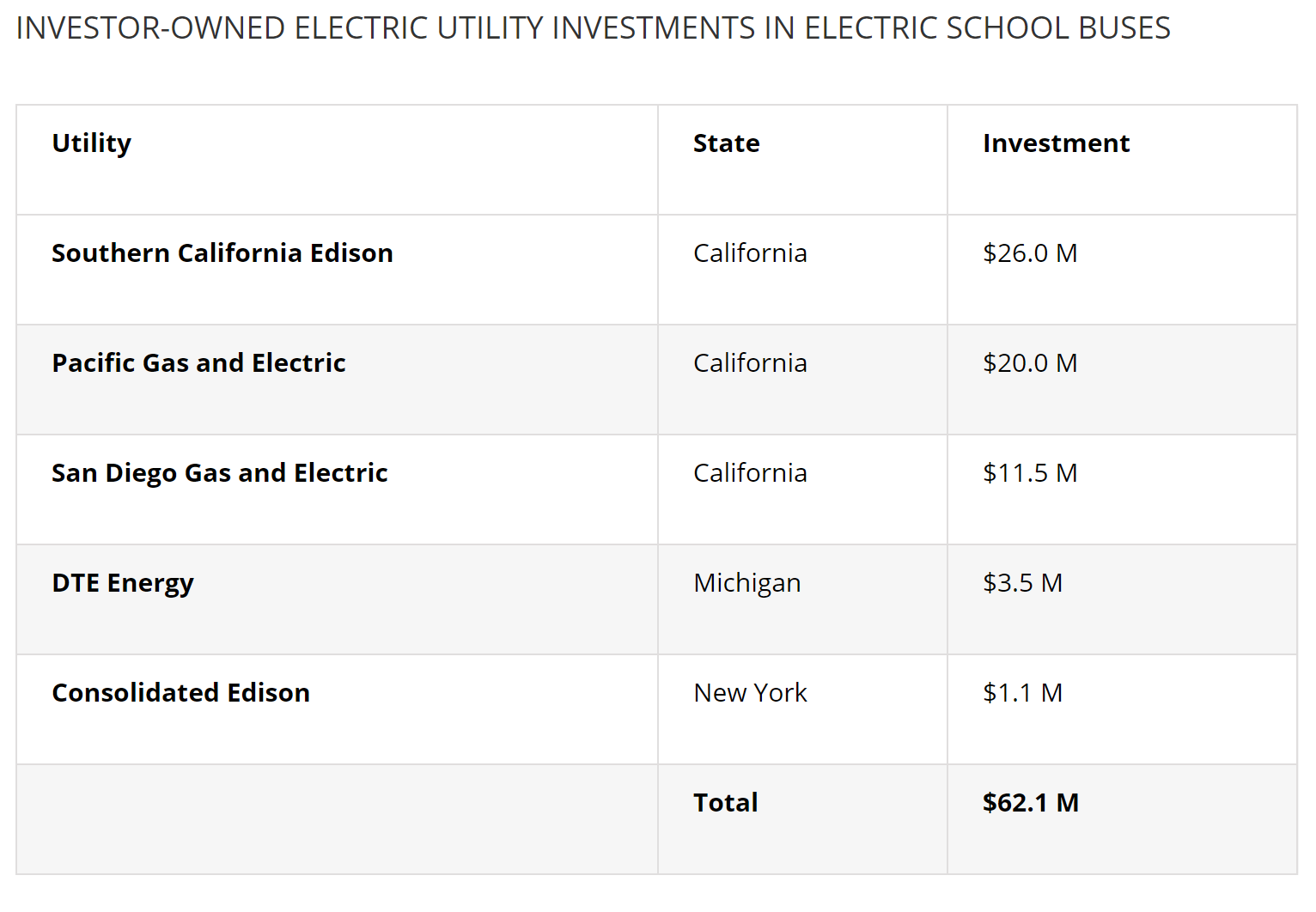 A rise in public funding for electric school buses is positioned to accelerate market growth. In September alone, VW Settlement funds allocated to electric school buses increased from just $4 million to more than $28 million following announcements from Virginia and Michigan. These states will be among the first to realize the benefits of electric school buses, which can bring school districts significant savings due to lower operating and fuel costs while providing environmental benefits that accrue directly to children. The air quality inside an electric bus is reported to be six times healthier than inside a diesel bus.

Electric school buses also benefit the electric grid. Because these vehicles are idle for long and predictable periods of time, they are uniquely well-suited to enable bi-directional energy exchange, known as “vehicle-to-grid” (V2G) functions. Within V2G functions, school bus batteries not only consume electricity by charging, but also discharge stored electricity to the grid when it is valuable for them to do so, for example, during periods of high electricity demand. V2G functions have the potential to bring significant value to electric utilities by increasing electric grid reliability and efficiency. At least eight utility V2G-related programs have been filed since 2018 valued at more than $70 million. Under one such program by New York utility Consolidated Edison, electric school buses have already begun transporting students and the bus batteries will begin performing V2G in November when students are on Thanksgiving break.

Electric utilities also play a vital role in deploying more electric school buses through vehicle and charging infrastructure investments. Through September 2019, electric utilities in nine states have filed at least 16 programs that include school bus electrification. Six of these programs have been approved at a value worth more than $62 million.