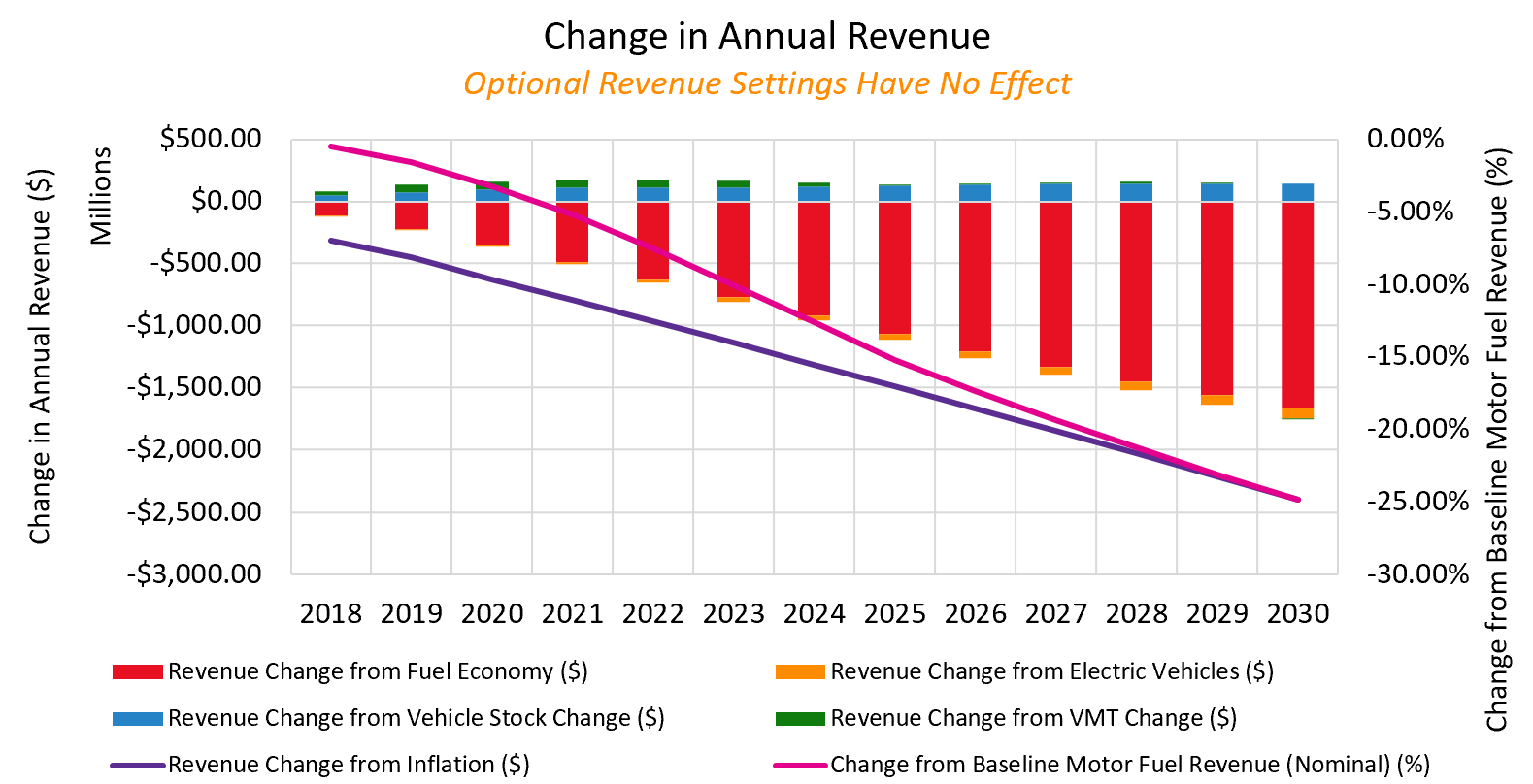 While the reduction in driving due to shelter-in-place orders has led to cleaner air in some cities, states are grappling with a major decline in road usage revenue and transportation funding as a result of COVID-19. The American Association of State Highway and Transportation Officials predicts that transportation revenue could drop by more than 30 percent nationwide and delay major infrastructure projects for more than a year. The impacts on road networks are compounded as social distancing requirements have delayed construction projects and revenue collection from both toll fees and gas taxes are plummeting with people confined to their homes. Toll collection has been down between 50 and 90 percent according to the International Bridge, Tunnel and Turnpike Association.

Transportation industry advocates are hoping to benefit from provisions in the next coronavirus stimulus package which was pushed to a vote in the House on Friday May 15th. Public transit systems and airports were bailed out in the stimulus approved in March, but nothing was allocated for state highways and bridges. Although states can expect some coronavirus relief to jumpstart major projects, Senate leadership has expressed resistance to replacing lost revenue. States are relying on this stimulus spending to fuel existing plans, with California opting to maintain major project plans despite facing a $54 billion budget deficit due to a 22 percent decline in state revenue. Other states such as Missouri and North Carolina have been forced to scuttle infrastructure projects worth billions.

Well before the pandemic arrived, increasing inflation, passenger vehicle fuel economy, and EV adoption to a lesser extent is exposing a vulnerability of state transportation revenue policy. At least 28 states have responded to revenue shortfalls by increasing annual registration fees for EVs. However, 11 of these states are charging fees higher than the amount drivers of conventional vehicles pay in gas taxes, according to Consumer Reports. The authors of the report note that, for states like Arkansas and Wyoming with low EV adoption, punitive fees are unlikely to make a significant contribution to road network funding, failing to address the much more significant causes of revenue shortfalls; namely, the increased fuel economy of the vehicle fleet and the failure to adjust the gas tax for inflation.

To help make sense of the various factors influencing transportation network funding, Atlas has created the Highway Revenue Assessment Tool, a powerful user-friendly Excel tool that equips users with vital data on the sources of revenue gaps and ways to address them. The tool provides users with stock inputs for factors like highway revenue, gasoline vehicle fleet, EV adoption, fuel prices, and vehicle miles travelled based on information from the Federal Highway Administration’s Highway Statistics Series and the U.S. Energy Information Administration’s Annual Energy Outlook; users can also customize many of the tool’s assumptions to model specific scenarios. Under the stock scenarios for California, shifts in driver behavior including increasing EV adoption are estimated to generate a 25 percent decline in gas tax revenue by 2030. Even with current EV fees of $100 per all-electric vehicle in place, this could still lead to a $1.1 billion revenue shortfall since EVs aren’t the primary cause of these losses.

California is one of several states exploring mileage-based road usage fees as a way of ensuring equitable contributions across drivers regardless of the fuel that powers their vehicle. Others like Ohio are working to reduce existing EV fees to ensure that their states benefit from the public health benefits of increasing transportation electrification as well as investment in EV manufacturing. Ohio is set to be the home for major investments from GM and Lordstown Motors which are both building EV manufacturing capacity in the state.

As a part of our planned upgrades to the EV Hub, we will be adding new dashboards tracking EV investments at the state level which can be used in conjunction with the Highway Revenue Assessment Tool to see how states can take advantage of different policy tools while benefiting from a growing EV sector.