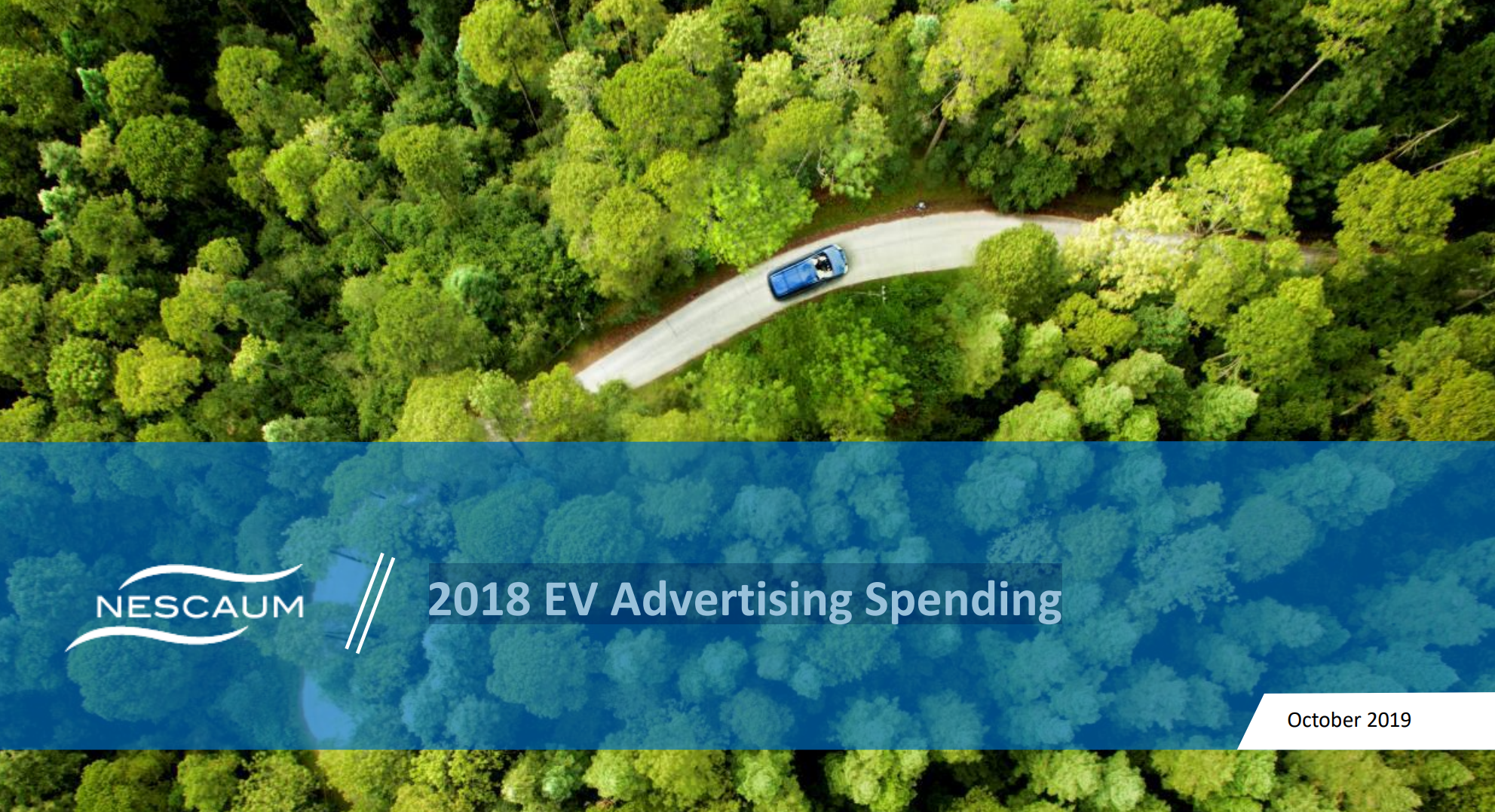 Automaker spending on marketing for conventional vehicles eclipsed the comparably paltry efforts to promote EV offerings in California and the Northeast in 2018, according to a new report by the Northeast States for Coordinated Air Use Management (NESCAUM). The study combines the ad spending on the six most popular EVs and conventional models for six leading automakers including Fiat-Chrysler, Ford, General Motors, Honda, Nissan, and Toyota. Through 2018, the six EVs only garnered $22 million in ad expenditure compared to $230 million for the six most popular conventional models.

Accelerating from almost no ad spending in 2017 to more than $9 million across both the California and Northeast markets in 2018, the Nissan Leaf was the only EV model from the study that saw a substantial increase in marketing. The Toyota Prius Prime and Ford Fusion Energi saw modest increases while the Bolt dropped to almost no advertising in 2018. Three out of the six EVs observed received almost no advertising investment in the Northeast. Even the high mark for ad spending set by the Leaf does not come close to the roughly $60 million Nissan poured into marketing for their conventional model the Rogue.

Persistent low investment in EV advertising is at odds with the acceleration of electrification commitments by the automakers in this study. These companies have pledged millions toward EV development over the past two years. Toyota leads the group with more than $15 billion committed, followed by Fiat-Chrysler and Ford with $13.5 billion and $11 billion committed respectively. None of these automakers have an all-electric vehicle in production currently. Ford, which discontinued many of their EVs in 2018, is expanding their partnership with Volkswagen to reinvent their electric offerings. VW is the industry leader in commitments to electrification with more than $94 billion pledged and will help Ford make good on plans to introduce 16 new all-electric EV models by 2022.

Investment in new models alone is unlikely to accelerate EV sales, which were down 21 percent in the third quarter compared to 2018. Even Tesla, which benefits from particularly high EV brand awareness among consumers, saw sales drop almost 20 percent in the third quarter. Several of the new models introduced to the market in 2019 including the Hyundai Kona and Kia Niro have faced limited production runs and low uptake throughout the year. Even in California, where EV advertisement is concentrated, consumer awareness remained unchanged between 2014 and 2017 according to research from the University of California at Davis. The authors of the study argue that EV demand is unlikely to increase without further investment in educational campaigns targeting the major concerns that prevent drivers from switching to electric.

Automakers are not alone in the push for transportation electrification or efforts to influence driver behavior. Electric utilities play a key role in direct outreach to the public based on the nature of their relationships with customers, according to the Edison Electric Institute. The proportion of approved utility investment in EV awareness out of total investment in transportation electrification has risen from two percent to roughly 3.5 percent since August, although total investment in education efforts is still less than $50 million nationwide. As EV sales slow, the need to foster EV awareness becomes more pressing. Organizations like NESCAUM are bringing utilities, states, and automakers together with initiatives like the “Drive Change. Drive Electric” campaign to increase consumer awareness and inspire more investment in the promotion of EVs.