How much charging do we need? 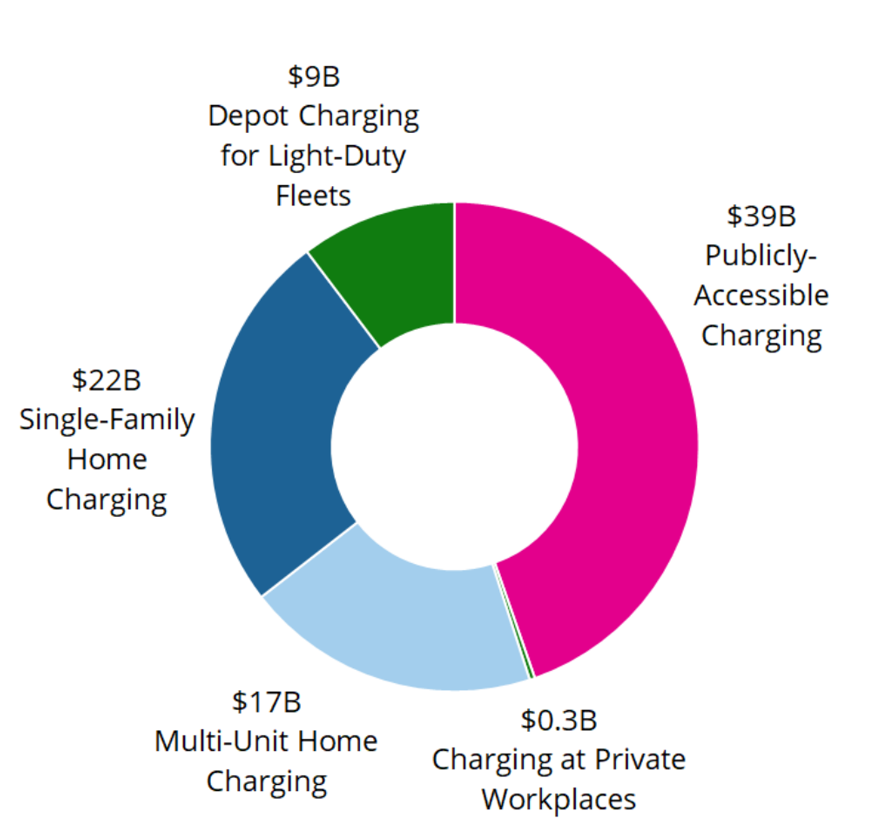 I was talking to a friend recently. They were interested in buying an electric vehicle but were concerned at the prospect of getting stuck somewhere and not being able to charge. The challenge of providing adequate public charging is enormous. How enormous? $39 billion by 2030 according to an analysis Atlas released earlier in the year on the infrastructure investment needed to support electrification of passenger vehicles to 2035. Let’s take a walk through the report.

The analysis modelled when we could get to 100 percent EVs on the road if we reached 100 percent EV sales by 2035. The Atlas researchers – Lucy McKenzie, Charles Satterfield and Nick Nigro – found that we need 495,000 public and workplace charging ports by 2030 to put the country on the path to 100 percent electric vehicle sales (including a combination of Level 2 and DC fast charging).

This figure is very close to the Biden Administration’s number. The Administration has spoken extensively about the need for 500,000 public charging stations.

Aside from the headline number, there are two key findings worth highlighting from the research. The first was that investing in comprehensive charging capacity now will pay off down the track, “installing six to 10 fast charging ports at each site versus just two will save $8.4 billion in installation costs between 2021 and 2030.”

So where are we now with charging infrastructure?

There are 121,000 public and workplace chargers deployed across the country. Of those, 83 percent are Level 2 chargers, and the rest are DC fast chargers.

Atlas’s analysis indicates that to get to 495,000 chargers by 2030, we will need to invest $87 billion in charging infrastructure. Let’s breakdown that number a bit:

In the analysis, the Atlas team points out that fleet and home charging is more likely to be covered by the private market. Public charging on the other hand more likely requires state and federal investment. Our analysis indicates that there is a need for $39 billion in EVSE spending by 2030. To put these numbers into perspective, as of the report’s release in April 2021, we had seen approved investments totaling $4.5 billion for public charging. That funding has been highly concentrated given that 80 percent of state funding and 75 percent of utility support for charging has been designated for New York and California.

The study drew on the EVI-Pro Lite tool developed by NREL that helps to project the type of charging required as the market grows and research by the ICCT on the cost of installing the charging equipment.

It is worth noting that this analysis did not include charging needed to support medium- and heavy-duty vehicles but worry not! Atlas is onto it. Watch this space for some forthcoming research on the charging needs for MDHD.