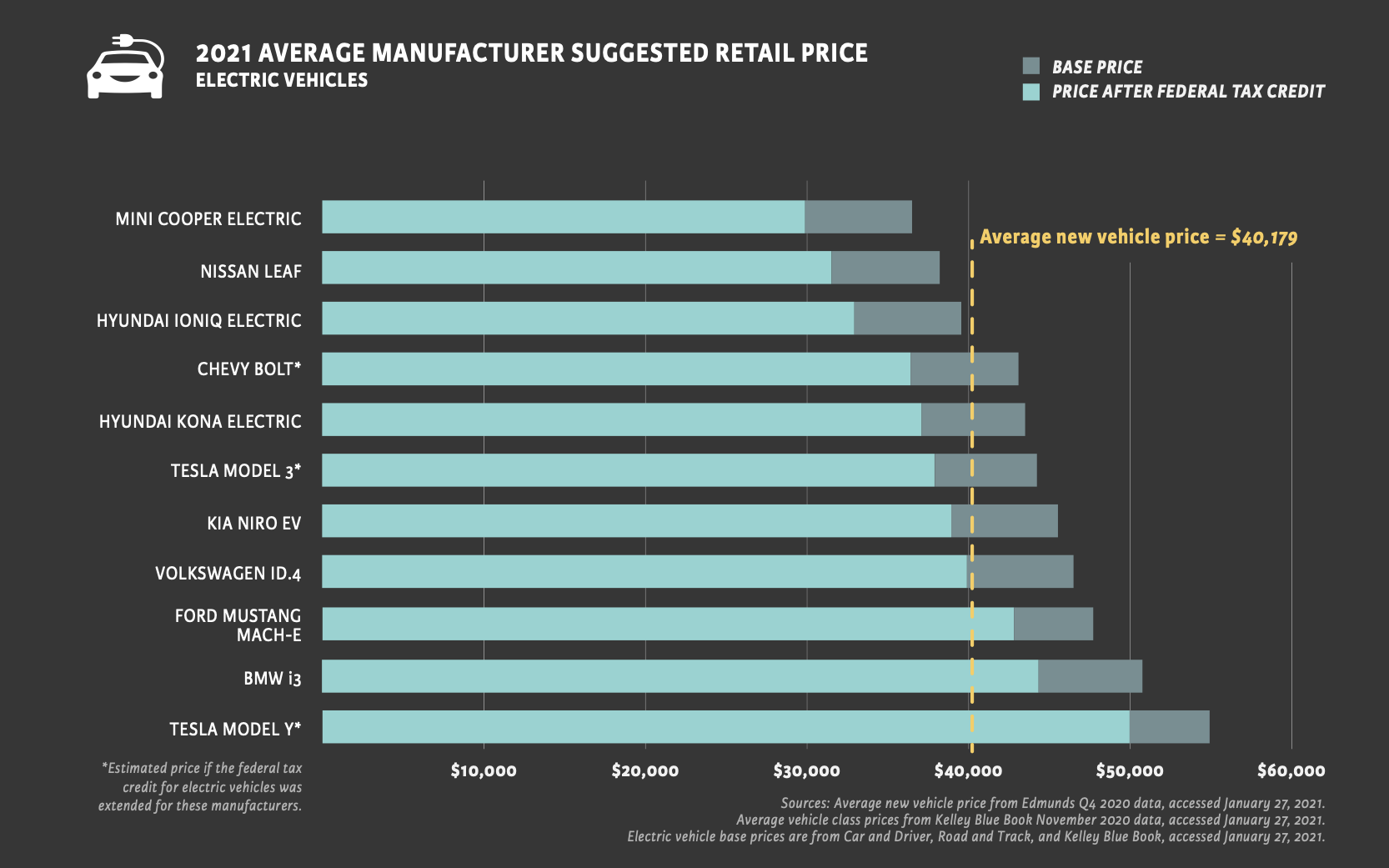 The EV market is hot to the touch right now with private investment pouring in on all sides. On February 4th, Ford made headlines by more than doubling their initial commitment to EV investment. America’s number three automaker in terms of sales is now pledging $22 billion to EV investment and an additional $7 million for autonomous technology. This tops recent commitments from GM to invest $27 billion in electric and autonomous vehicles through 2025. GM continues to lead the “Detroit Three” in their electrification strategy with announcements in January to electrify all vehicles on their platform by 2035 and go carbon neutral by 2040. Tesla, America’s largest EV-only manufacturer, is expected to have a similar amount of money in its “war chest” for investment in the next two years according to analysts at Morgan Stanley.

In total, the EV Hub is tracking $29 billion in new investment commitments in 2021 so far, roughly 23 percent of the total committed in 2020. This surge in electrification pledges has also come with new advertising campaigns and a concerted push to market new EV offerings to American drivers. GM claimed two minutes of combined airtime during the Super Bowl last night at an estimated cost of at least $22 million. This follows a trend in increasing EV advertising during the most watched event in the nation in any given year. In 2020, Audi, Porsche, and GM all ran ads in the big game compared to just one EV-related ad the year prior. According to analysis from the New York Times, only two other ads had been run since 2010.

The ads from last year featured primarily luxury models including the GMC Hummer EV, Audi e-Tron, and Porsche Taycan. This year’s offerings followed a similar path. The two spots aired by GM promoted the upcoming Cadillac Lyriq and Hummer EV, two of the company’s most anticipated EVs slated for initial deliveries in the first quarter of 2022. These light-hearted commercials helped to tee up a new pitch from GM released before this year’s Super Bowl that highlights their new Ultium battery technology and “Everybody In” campaign seeking to make the push for rapid electrification more inclusive. The Ultium platform will be featured in all of GM’s upcoming EVs, including the updated version of the industry-topping Chevy Bolt.

The Bolt, which was the third highest-selling EV on the U.S. market in 2020, is one of a growing number of EV offerings that fall under or near the threshold average new vehicle price of $40,000 estimated by Edmunds. The new visual by Climate Nexus featured above shows that at least six existing and upcoming EVs are eligible for the federal tax credit, which results in their upfront price falling beneath the average. If efforts to expand the tax credit to GM and Tesla, the only automakers who have sold enough EVs to have been phased out of the policy, are successful, the number increases to eight vehicles with both the Tesla Model 3 and Chevy Bolt falling under the $40,000 mark. New offerings including the Ford Mustang Mach-E come in just above the line.

Not all automakers are pushing their new EV platforms with the same force. Toyota and Ford, two of only three other major automakers that featured an ad in last night’s game, took an uplifting message of hope and perseverance through the challenges of the pandemic without making any reference to their EV programs. The lack of emphasis on electrification has generated skepticism around the commitment of automakers to deliver on grand visions of sustainability. Jeep, one of the brands of newly formed multinational auto conglomerate Stellantis, enlisted Bruce Springsteen to call for unity in a time of political division rather than highlight their EV-related efforts. Fiat-Chrysler, the former parent company of Jeep that has been subsumed by Stellantis, is investing the least amount of money in EVs out of any major American automaker according to our records.

Fiat-Chrysler, GM, and Toyota were among several companies who only backed out of lawsuits supporting more lenient fuel economy and emission standards following the Presidential election. There are now no major automakers participating in the previous administration’s effort to revoke California’s waiver allowing the state, and any others, to establish separate, stricter standards. We are tracking all of these new policy positions and commitments every week on the Automakers Dashboard where you can go for all your information on planned and upcoming EV models as well as automaker electrification strategy.