Automakers Look Beyond COVID-19 with Flood of New EV Models 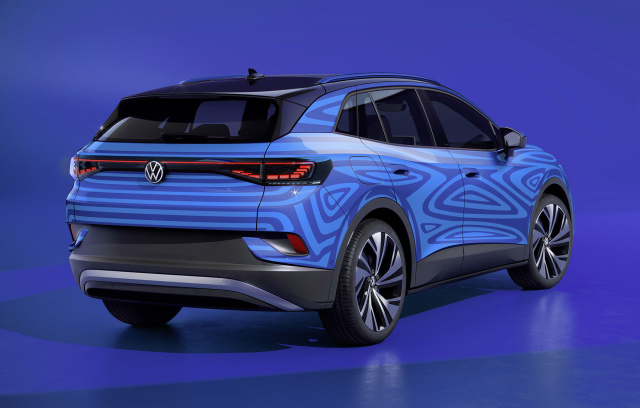 Automakers and EV startups are working to usher in a new age for EVs and help mitigate the damage wrought by the COVID-19 pandemic. While EVs were hit harder than conventional vehicles in the second quarter, production schedules are back on track for new models and Tesla continues to see massive stock market payoff with shares soaring past $2,000 on August 20th. Last week, Volkswagen announced that the ID4 entered production in Germany and preproduction was underway in China. Unlike the smaller ID3, the small SUV will be sold in the United states and will eventually be produced at the company’s facility in Chattanooga, Tennessee. Volkswagen is planning to invest at least $800 million to upgrade the facility and add 1,000 EV-related jobs at the site.

EV model offerings are already up for the year compared to 2019 with the plug-in hybrid version of the Toyota RAV4 as the most recent entry to the market. Based on new data provided by Plug-in America, there are now 52 EVs available for purchase in the United States. This is a considerable increase from the 38 EVs available in July 2019 and the increase also accounts for the discontinuation of several models to make room for new offerings. In terms of number of vehicles offered, the market is still dominated by luxury brands like BMW, Volvo, and Porsche. The big three American automakers (Ford, General Motors, and Fiat-Chrysler) only claim five of the available models from their brands.

The new wave of EVs also has the potential to bring down the average upfront costs of these vehicles. Volkswagen has plans to offer the ID4 at $35,000, a base price that undercuts almost all of its competitors including the Tesla Model Y, Hyundai Kona, and Kia Niro. While the Model Y is theoretically available in every state due to Tesla’s direct sales approach, the availability of more affordable options like the Kona and Niro has been limited to just 19 states. Of these states, 10 are in the ZEV program.

Model availability at the state level could shift as this new wave also promises the first electric pickup trucks, a subsector of the auto market that has remained the most resilient to the impacts of COVID-19. Bigger, longer-range offerings including the mustang Mach-E and the promised electric Ford F-150 are receiving some traction in states with strong truck markets and higher rural populations. Automakers like Ford are betting on the shift away from sedan production and increasing availability of larger, high performance EVs to inject new demand into the American EV market.

Major automakers are on the clock to get their new EVs to the production floor as EV startups continue to make strides in fundraising and near production. Hyundai-backed autonomous EV company Canoo is one of several startups this summer to successfully line up a reverse merger to quickly enter the stock market and raise funds to launch production. This surge in startup activity since the start of July has generated $8.5 billion in new investment commitments to the global EV sector, a massive increase over the $649 million announced between April and May. This is just one of the statistics reported in our recently-released EV Hub 2020 Q2 Review.

We’ll be discussing these market developments in our upcoming second episode of EV Hub Live on September 1 at 1 pm EST. We’ll be joined by Britta Gross from the Rocky Mountain Institute and David Ferris from E&E News.