EVs Grow Strong in the Southeast 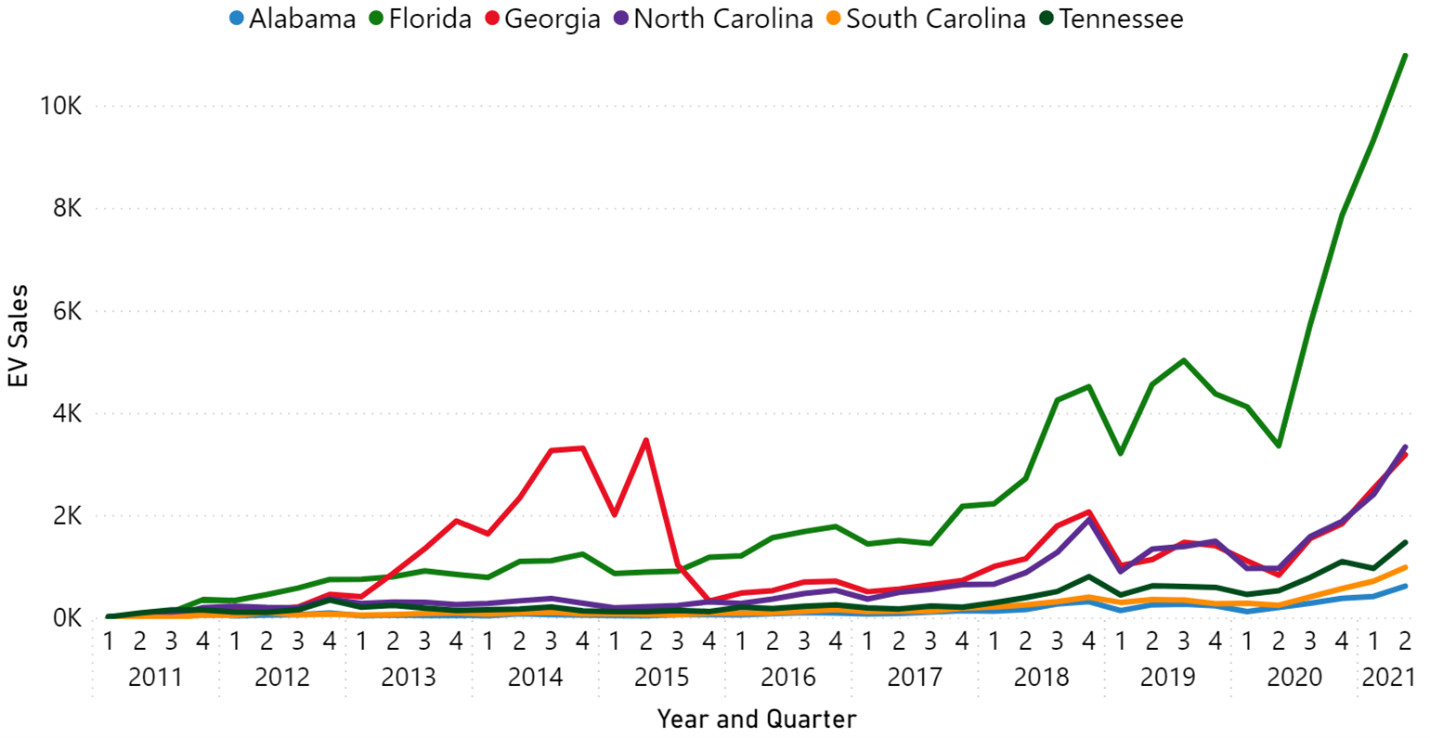 The past few weeks, we have been working hard on a report with the Southern Alliance for Clean Energy (SACE) about transportation electrification in the Southeast (Alabama, Florida, Georgia, North Carolina, South Carolina and Tennessee). How have things changed since our 2020 Report?

You can find out more when the 2021 report will be released tomorrow. We encourage you to come along to a webinar at 1PM tomorrow to hear more about the findings but here’s a bit of a sneak peek in the interim.

The trendline is good in the Southeast, but the region continues to lag much of the rest of the country on key EV indicators. Data in the report comes from the Atlas EV Hub. For reference, the Southeast makes up 18 percent of the national population.

The first measure we looked at is EV sales. Sales are up across the Southeast like the rest of the country. The Southeast makes up 10 percent of national EV sales – unchanged from a year ago. Georgia remains number one in sales per capita for the region, but the rate of growth has slowed in the state. Rather it is Florida and South Carolina that have seen the fastest growth in sales over the past 12 months.

It was a big year for utility investments in the Southeast with more than $100 million of transportation electrification initiatives approved. Duke Energy led the way with approvals in North Carolina, Florida, and South Carolina. Total approved investment grew from just $30 million a year ago to more than $130 million. This means that the Southeast went from less than one percent of all approved transportation electrification investment by utilities to four percent.

Join us for a webinar on Tuesday and read the full report here.