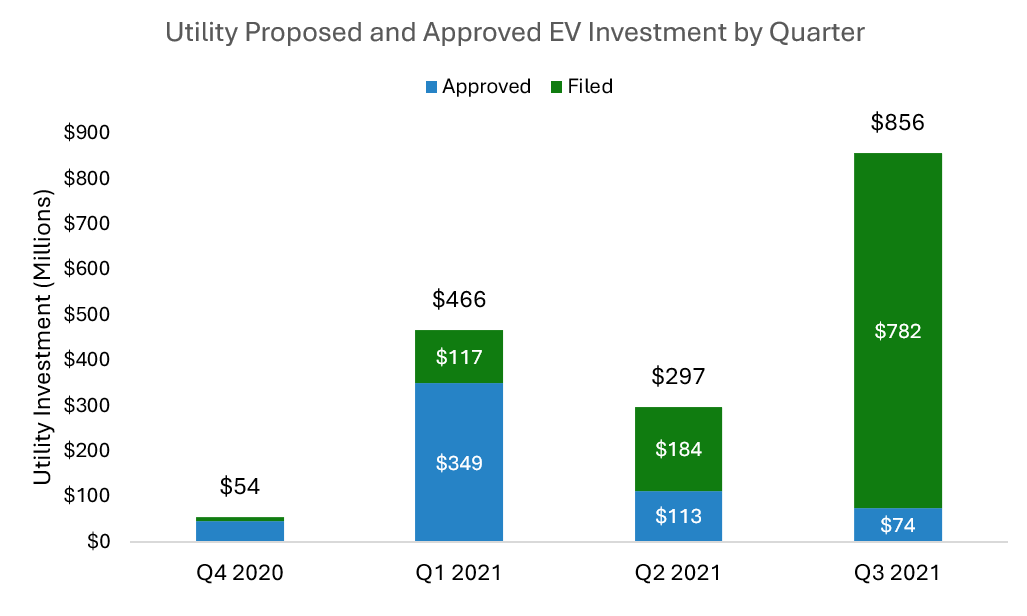 2021 was a big year. Here are some of the biggest moments.

1. President Biden and major automakers set a target of 50 percent EV sales by 2030. Here’s our write up.

2. Here come the electric trucks. Four states have now adopted the Advanced Clean Truck (ACT) rule – CA, OR, WA, and NJ. States are ramping up funding for electric trucks and buses. We wrote about the ACT here and we wrote about our research into the MDHD charging needs here.

3. The infrastructure bill was signed into law. The bill saw more than $30 billion in EV related funding including $7.7 billion in dedicated funding. Here’s the line-by-line summary of the EV elements in the bill.

4. Utilities continue to invest in EVs. Q3 alone saw $781 million in proposed EV investments – twice the amount of Q1 and Q2 combined. Here’s our write up from Q3.

5. Automakers continued to announce record investments in EVs. In 2021, we saw $108 billion announced for EVs in the US. We featured this trend in our Q3 Review.

8. New models are announced including Ford’s F-150 Lightning – the electric version of the most popular vehicle in the country. Pre-registrations (ie people who put down a $100 deposit) passed 200,000 at which point they were closed.